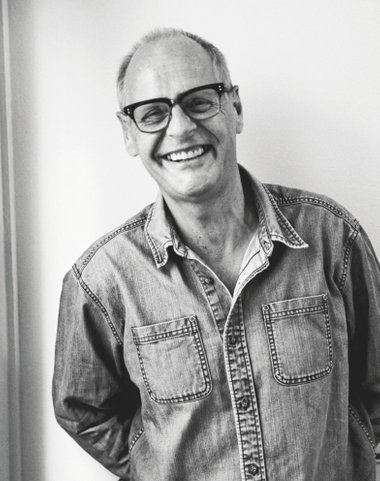 A childhood in Lebanon, Afghanistan, and Portugal, coupled with a design and silversmithing education in Germany and at The Royal College of Art; London was always going to make Andreas Fabian well connected to global design culture.

In his works he unites philosophy, aesthetics and functionality. Since graduating from the Royal College of Art, he has designed for luxury brands

such as Rosenthal and for 20 years until 2017, he was an educator and researcher at Buckinghamshire New University, UK. In 2011 Fabian was awarded a PhD for his research on "Spoons and Spoonness" by Brunel University.

He continues to exhibit widely, both nationally and internationally, with his work residing in prestigious collections including the Victoria & Albert Museum in London.

In 2018 Fabian moved to Germany  and continued to work as a Visiting Professor and lecturer in Germany, France and UK. Since 2020, he is based in Berlin where he set-up his design studio.